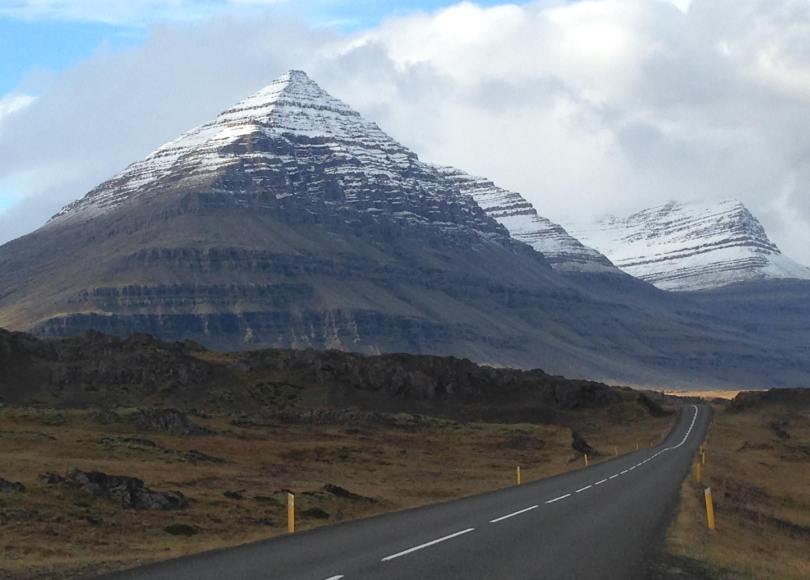 At the top of the world there is a paradise which sits on top of monsters. Steam rises from the ground, the soil and beaches are black, and volcanoes are surrounded by lava fields covered in bright green moss. Here the sun rises late and sets early, the Aurora Borealis paints the night sky, and people believe in elves—maybe for good reason.

In 2015, when I told my friends that I was planning a trip to Iceland, some raved about how cool of a place it would be to visit, while others were not so excited for me. “Why would you go there?” they would say with a quick follow up, “Why wouldn’t you go find a beach somewhere?” My answer was pretty simple: Iceland is bad ass!

I had wanted to go to Iceland for a long time, but I didn’t have friends that were willing to bite the bullet, so I decided to go by myself. It would be my first solo trip.

Right out of the gate, I made a huge mistake. I was so nervous about the prospect of traveling solo that, without thinking, I bought my non-refundable round trip flight before I even looked at the layout of the country on a map. I knew it was an island up north by the arctic circle, but not much else. This kind of oversight on my part is completely out of character. I plan everything in great detail—it’s a borderline OCD thing that drives most people crazy.

So when I purchased my flight, I only booked the trip for six days—my big mistake. I recommend a minimum of nine days—twelve if you can swing it. But I had already booked my flight, so I did the best I could with six days. Unfortunately, I would miss visiting the Fjords, but I will be sure to visit that area when I go back someday. In the Fjords there is a Museum of Sorcery and Witchcraft, so obviously another trip is in order.

One of the biggest misconceptions about Iceland is the weather. It is not nearly as cold as one might think. The temperature is mild for most of the year—it gets much colder where I live in Colorado. It’s said that Greenland is covered in ice while Iceland is covered in green. However, you still need to pack for just about anything. It can be mildly warm one day and cold the next—and it rains a lot!

I went in late October with three goals in mind:

When planning a trip to Iceland, keep in mind that the days are shorter. Depending on the time of year, you may not have daylight until 9:00am and the sun may begin to set as early as 4:00pm, so plan your days accordingly. Here was my itinerary:

Click HERE to view a PDF of the full itinerary (includes activities that I couldn’t make it to).

I arrived and picked up my rental vehicle, a small Jeep Jimmy. It was perfect for what I needed, but it was my first time driving in a foreign country, so I was nervous at first. I got used to the road signs right away, but GPS was a bit difficult. It’s impossible for me to pronounce Fjaðrárgljúfur, so imagine how GPS pronounces it. 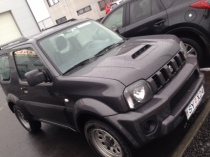 ided to drive the Ring Road counter-clockwise and save my visit to Reykjavik until the very end. I didn’t want the bustle of the city to be my first impression of Iceland.

My first stop would be Seljavallalaug, an abandoned geothermal pool set in the side of a mountain. After a short hike, I reached the pool to find only four other people there. I went into the changing shed to put on my swim trunks and met my first travel friend, Vojtěch, from Czech Republic. He was organizing his backpack in the shed and explained that he was hitch-hiking around the country. Since it was fairly cold and rainy that day, I offered to drive him. He ended up traveling and staying with me for the next two days (we’re still good friends in 2018). 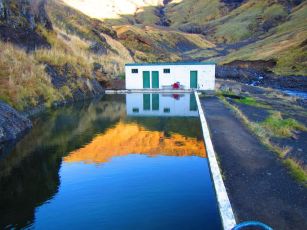 I took a quick swim (unfortunately, the water wasn’t very hot), and we set out on the Ring Road. That night we stayed in a small cottage in Vic near the Black Sand Beach. It was the end of a very long day.

The Hoffell Hot Pots are a series of hot tubs which have been converted to geothermal pools and set in rocks at the corner of a private farm. It was nearly 10:00 p.m. by the time we arrived, but the place is privately owned, with no formal operating hours (there is an honor box to leave money), so getting there late was not a problem. 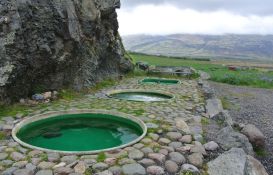 This turned out to be the best night that I had in Iceland.

When we arrived at the Hoffell Hot Pots, there were four other people there: four German guys and an Icelandic local girl. It wasn’t long before we had all moved into the same tub. Of course, someone pulled out a bottle of whiskey and everyone got fairly drunk (with the exception of me—I don’t drink).

The Icelandic girl, Selma, explained her belief in elves and demons (more than half of the Icelandic population believes in elves). She told stories of times when people have crossed the elves and had bad fortune afterward. Everything from fishing in an elf pond, to moving rocks that are homes to the elves, have been cause for elf-related retaliation. It was fascinating to hear her stories, but don’t try to argue with them about elves—they are serious about this!

While we soaked, the Northern Lights made an appearance for about 15 minutes. It wasn’t long, but I had completed my first goal. After a while, “star bursts” began to appear in the sky. Bright shooting stars (my new German friends found the term “shooting star” to be hilarious) began to appear in the night sky. They burst into bright colors of red, yellow, and green. It was a pretty amazing night.

The Ring Road now led North and Vojtěch and I parted ways. He wanted to climb a volcano, but I was on a tight schedule. I made my way to the town of Myvatn—a long drive that got me there in late evening.

After checking into my hotel, I went directly to the Myvatn Nature Baths. I needed to get in my daily soak. The Myvatn Nature Baths are a much smaller version of the Blue Lagoon complex just outside Reykjavik. I only had about an hour there before they closed, but that’s all I needed. 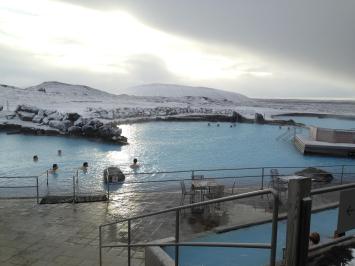 The next day I went back to the Myvatn Nature Baths for a proper soak, and then visited the Namafjall Geothermal Fields before heading out. The geothermal field was amazing. You can walk around between pools of boiling mud, with only a thin yellow rope to tell you were you don’t want to step.

It was snowing and cold this far north, so my drive would be considerably harder. At one point I found myself driving over a mountain pass in blizzard conditions. There was a steep drop on both sides of the road, and no other vehicles in sight. Needless to say, I took it slow. I felt like I was driving on the ice world of Hoth, and kept thinking a Tauntaun might jump out in front of me at any time. By the way, that would be awesome!

This was a driving day with no itinerary stops, but the drive was amazing once I got further South, and out of the bad weather.

One of my new friends from Germany, Marco (who I’d met in the Hoffell Hot Pots in Hofn), was staying in Reykjavik, so the next day I called and asked him to join me for a trip to the Blue Lagoon. When we arrived it was a mad house! There were tour buses lined up outside and people everywhere. When we got to the counter we were informed that, without a pre-purchased ticket, our wait would be several hours. The woman explained that they had a pool capacity of 600 and we would need to wait for people to leave. Honestly, I was a bit relieved that we couldn’t go in (600 people in a pool with no chlorine, and probably 100 children peeing freely? uh…nah). It seemed like a tourist trap and I prefer to travel off the beaten path—this path was definitely beaten. We opted to have a fantastic lunch at the Lava Restaurant inside the Blue Lagoon, then drove about ten minutes down the road to a nearby town. There we had a great time swimming at their local pool. It was much better (and a whole lot cheaper) than the rat-race of the Blue Lagoon.

Have you ever taken a solo trip? Where is the coolest place you’ve ever been?

Note: This trip was taken in October, 2015 and this post was written in 2018, mostly by memory and reference to travel documents/itinerary. If I’ve made errors regarding locations or names, please let me know and I’ll make corrections

** The full itinerary does not necessarily reflect how my trip unfolded. I made adjustments on the road.